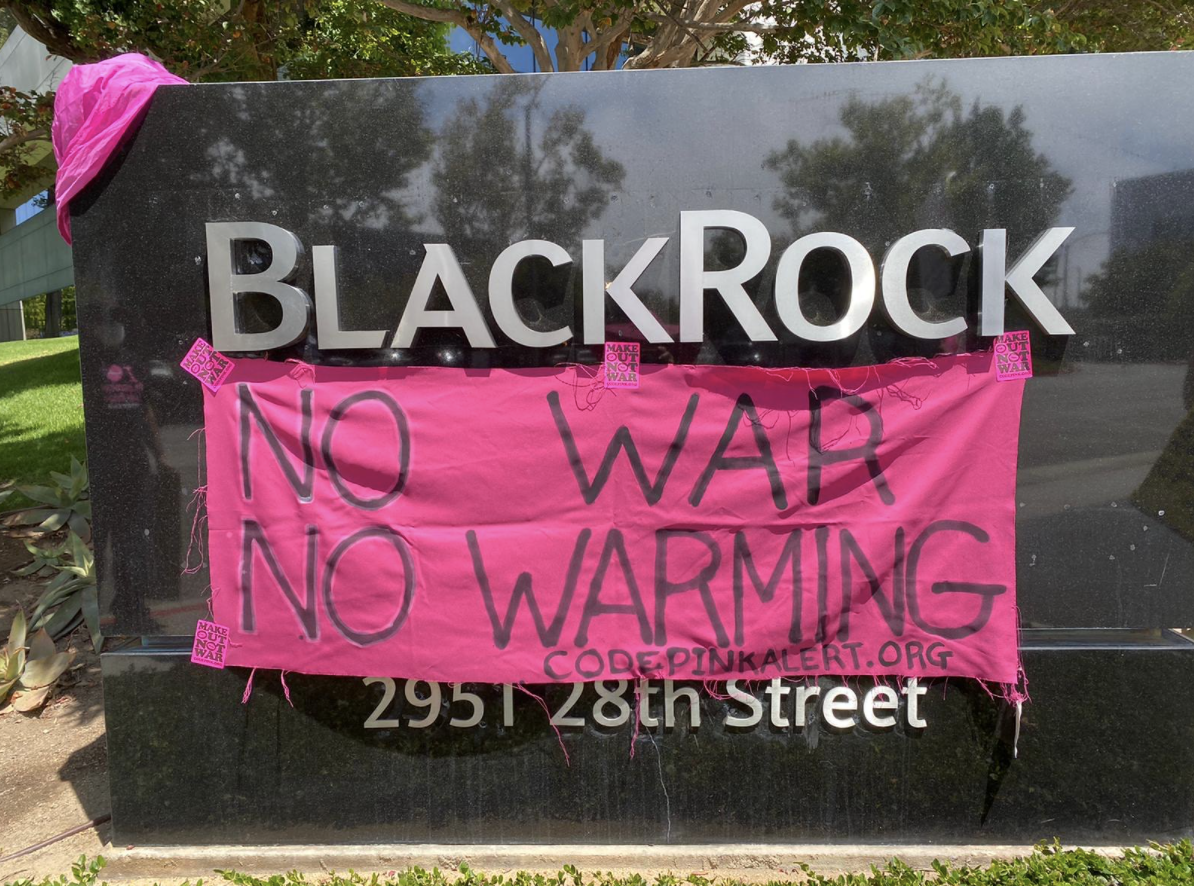 Join CODEPINK at the Greenwash March

CODEPINK will join the Greenwash March during COP26 to highlight the lies spread by climate criminals such as BlackRock and others. Meet up outside Sainsbury’s Local on 236 Buchanan St in Glasgow at 11:30 AM.

We will also have a War is Not Green banner, CODEPINK banner, BlackRock: Stop making a Killing on Killing patches, and stickers to hand out.

BlackRock is the world’s largest financial backer of climate destruction and weapons of war, including nuclear weapons. Even though BlackRock claims it is serious about climate change, investing in nuclear weapons contradicts its company statement for a cleaner, greener planet. If they care about the earth, then BlackRock must have zero investments in nuclear weapons.
Read more information about the march.
Contact: [email protected]