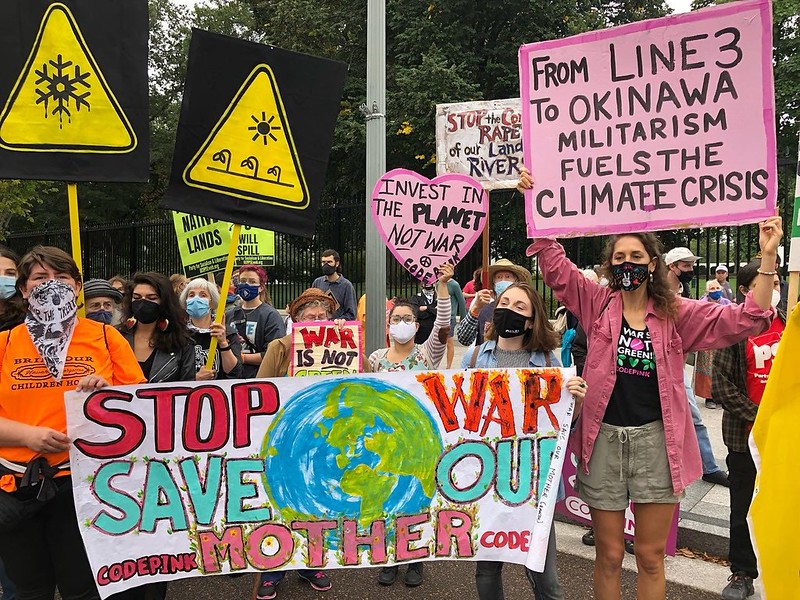 Join the Conversation: Tell us why YOU think we need to #CutThePentagon for people, planet, peace, and a future!

Let's look at the Big 5 war manufacturing companies: Lockheed, Boeing, Raytheon, Grumman and General Dynamics, and a host of smaller but very profitable companies whose drive for profits is actually controlling our foreign policy and military operations. Let's look at their campaign contributions to Members of Congress. Let's challenge those members to stop taking war industry money. Let's challenge the CEOs and Boards of those companies and suggest that they change their business model from killing to healing the planet. Let's introduce shareholder proposals to that effect. Let's take on the war industry so that we can have real peace and security and a habitable planet.