Glasgow: Day of Action on Climate Change and Militarism 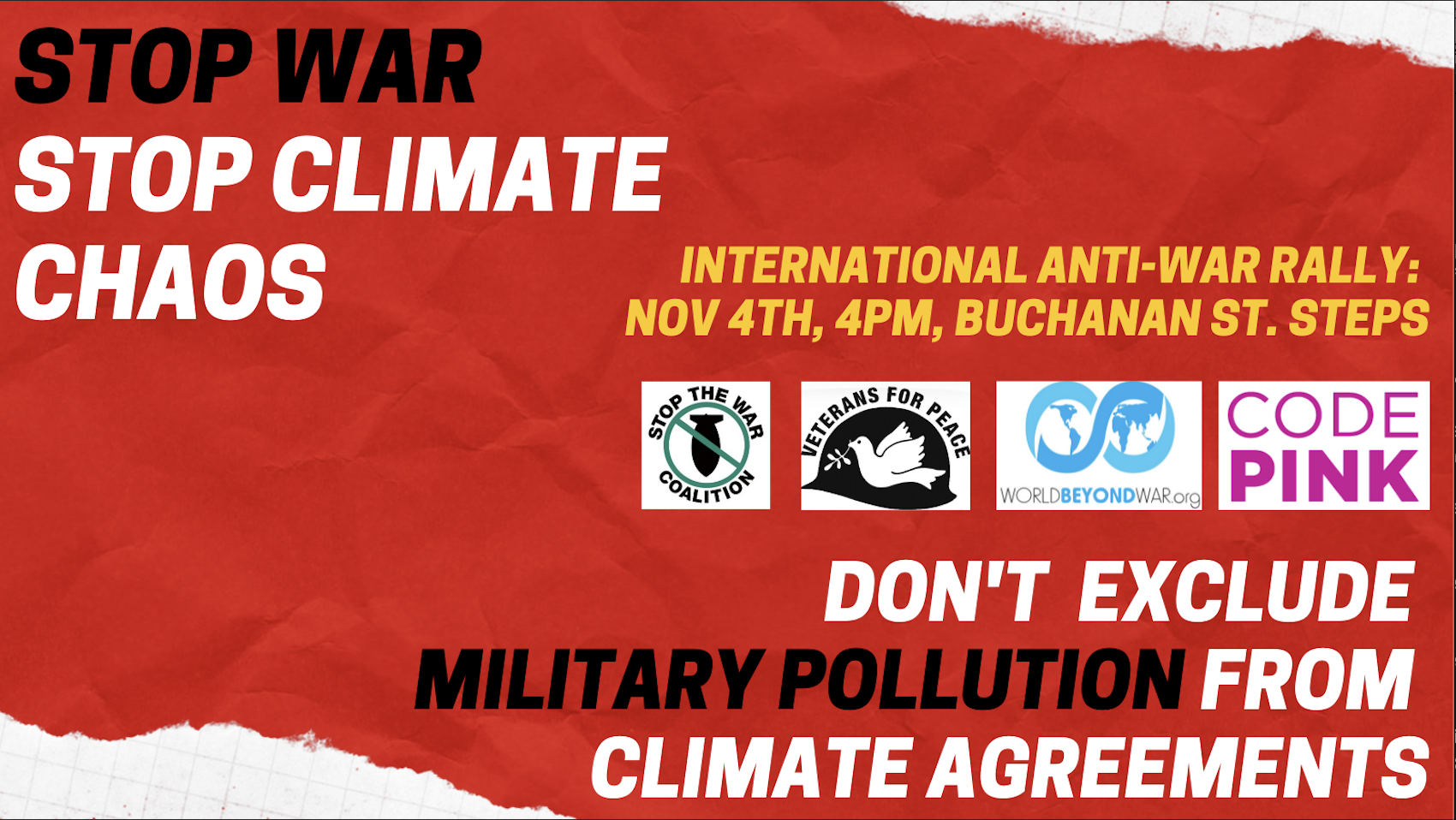 A broad and growing coalition of peace and environmental organizations has announced plans for an event on Thursday, 4 November, in Glasgow.WHAT: Announcement of a Petition to COP26 Demanding that Militaries Be Included in Climate Agreement; colorful banners and light projection.

WHERE: Buchanan Steps, on Buchanan Street, in front of the Royal Concert Hall, North of Bath Street, Glasgow.

Over 300 organizations and 20,000 people have signed a petition at http://cop26.info addressed to COP26 participants that reads, in part, "We ask COP26 to set strict greenhouse gas emissions limits that make no exception for militarism."