The Military-Industrial Complex at Ground Level: Webinar with Joan Roelofs 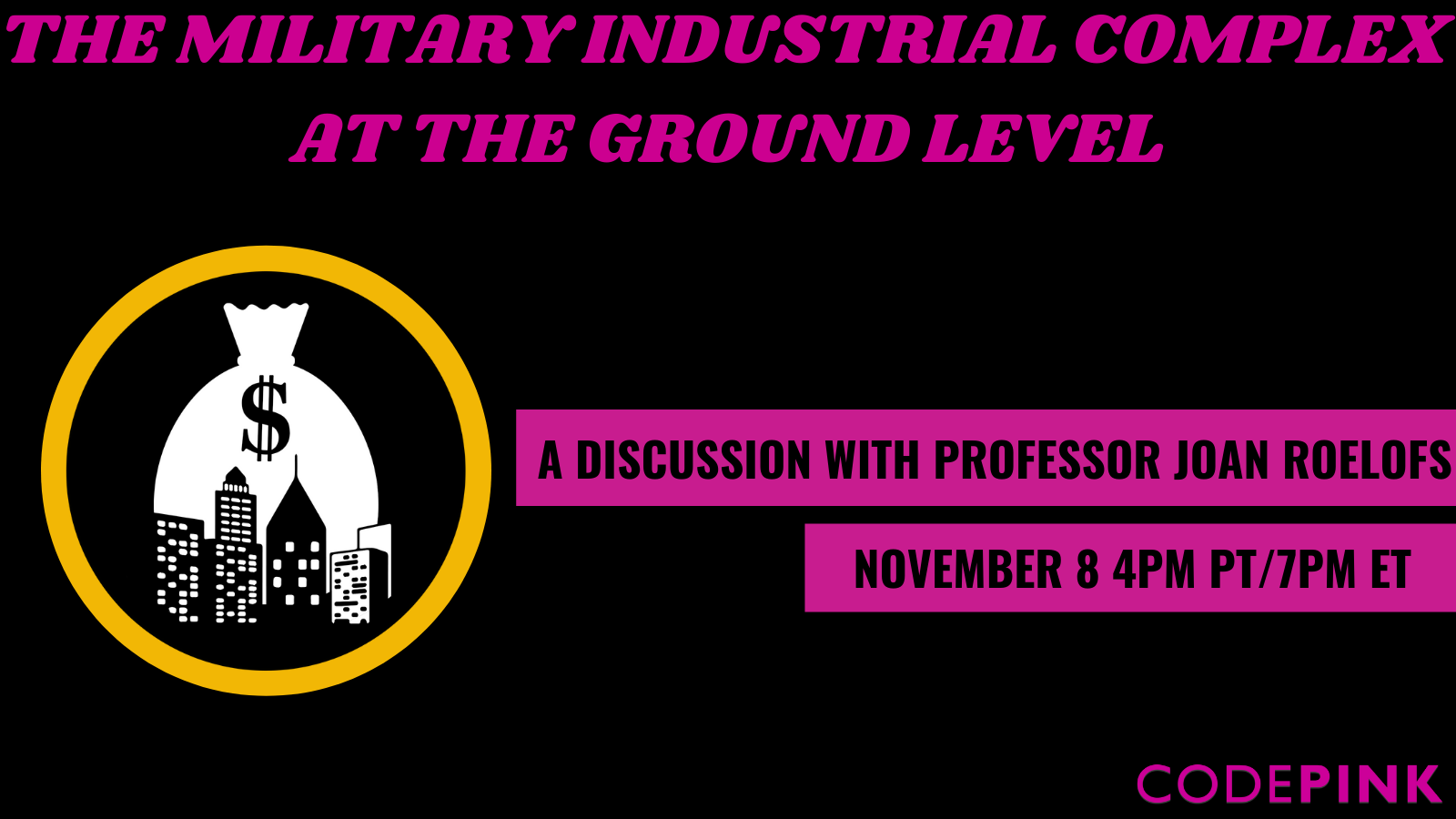 During this webinar, we'll discuss important themes and questions including:

Joan Roelofs has been an antiwar activist ever since she protested the Korean War. For this cause, she has been associated with the Pledge of Resistance, Monadnock Greens, Greens/Green Party USA, NH Peace Action, World Beyond War, The International Campaign
to Abolish Nuclear Weapons, and CODEPINK. She is the author of Foundations and Public Policy: The Mask of Pluralism (SUNY Press, 2003) and Greening Cities: Building Just and Sustainable Communities (Rowman and Littlefield, 1996), the translator of Victor Considerant’s Principles of Socialism (Maisonneuve Press, 2006), and co-translator, with Shawn P. Wilbur, of Charles Fourier’s antiwar fantasy, The World War of Small Pastries (Autonomedia, 2015).

Roelofs is Professor Emerita of Political Science, Keene State College. Since her semi-retirement, she has been teaching in the Cheshire Academy for Lifelong Learning (including a course on the military-industrial complex) and writing for a variety of scholarly and political publications.