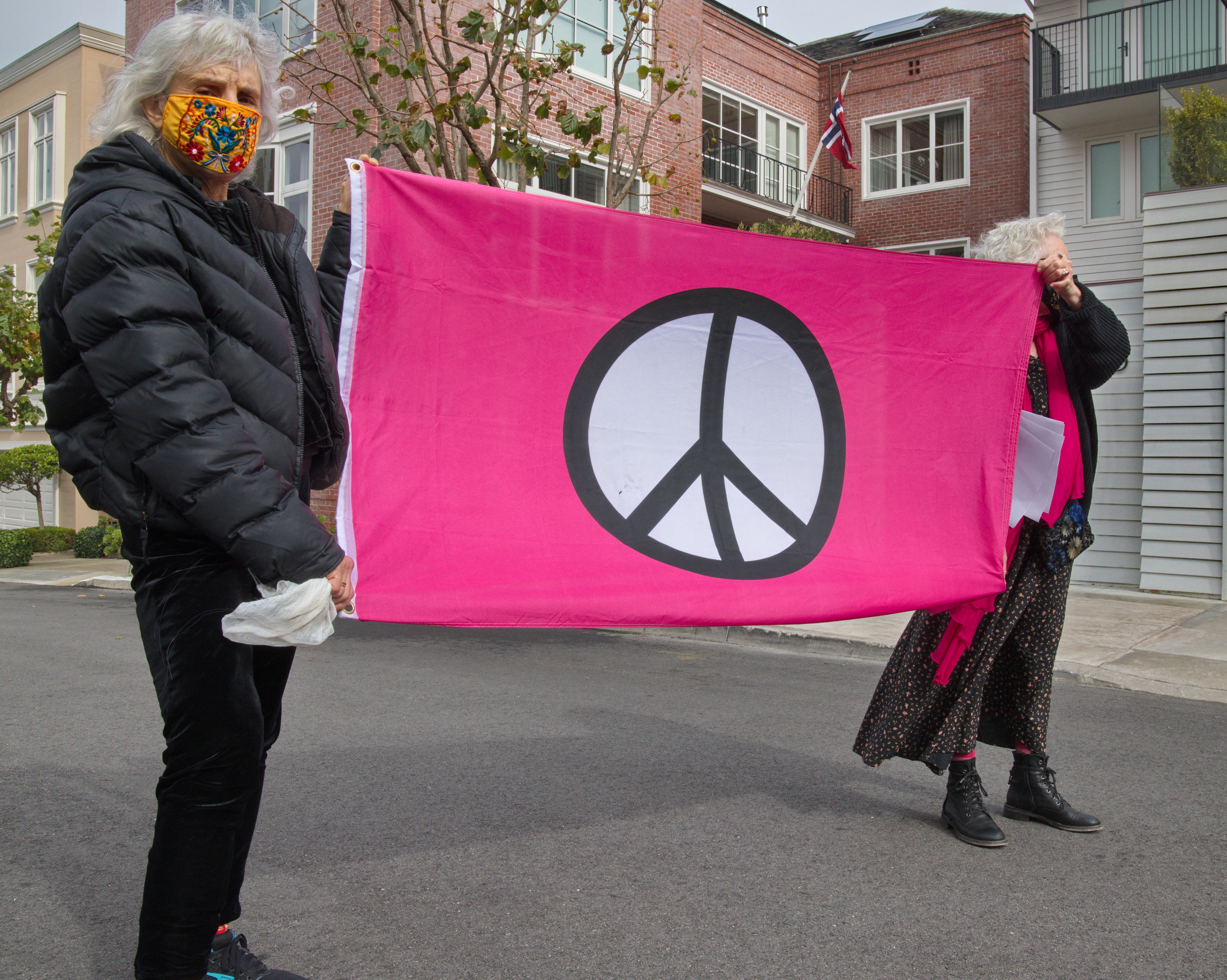 Pelosi, we are your constituents! We’re holding a People’s Assembly at your house because your office is closed, you don’t hold town hall meetings, you don’t meet with us or accept our letters and calls, so how can you know what we need? As Speaker of the House, you decide which bills come to the floor for votes, AND you largely control what’s in the Federal Budget. At our People’s Assembly we will create a letter to you telling you what we need and how to spend our tax $. We’ll leave the People’s Assembly Letter at your house. We are watching your actions: we want you to hear us; we want you to work for us; we have choices at the next election Nancy.

Our Demands for Nancy Pelosi, San Francisco’s Member of Congress:

#1 Eliminate major extinction threats: declare a climate emergency & get the U.S. to sign The Treaty on the Prohibition of Nuclear Weapons

Nancy, we are facing extinction. San Francisco will be flooded with sea level rise, radioactive waste from Hunters Point and Treasure Island will poison the Bay and us, wildfires are killing us and it’s getting worse. We worry about our children’s future. You’re a grandmother, what about your own family’s future?

#2 Cut The Pentagon budget! You just voted $741 billion of our taxes for the military; that’s $1.4 million a MINUTE. We want peace, diplomacy and cooperation to fight climate chaos, not more wars.

Nancy, instead of money for war and weapons, spend some of the Pentagon’s billions on MEDICARE FOR ALL and a GREEN NEW DEAL. Spend $4.5 trillion to fully decarbonize the U.S. electric grid. Cut 10% of the military budget and END HOMELESSNESS in the U.S.A.  Nancy, don’t you see the thousands of sick and hungry people on the streets of SF, the city you represent in Congress? Why do you choose to finance over 800 expensive, polluting U.S. military bases around the world instead of helping your people with housing and healthcare?  Stop spending our taxes on more NUCLEAR WEAPONS! Stop giving 50% of the Pentagon budget to LOCKHEED, RAYTHEON, BOEING, GRUMMAN, etc. who made up to 1000% profit on the Afghan War! Instead, create green, good paying jobs to let us have peace & an actual future on this planet.