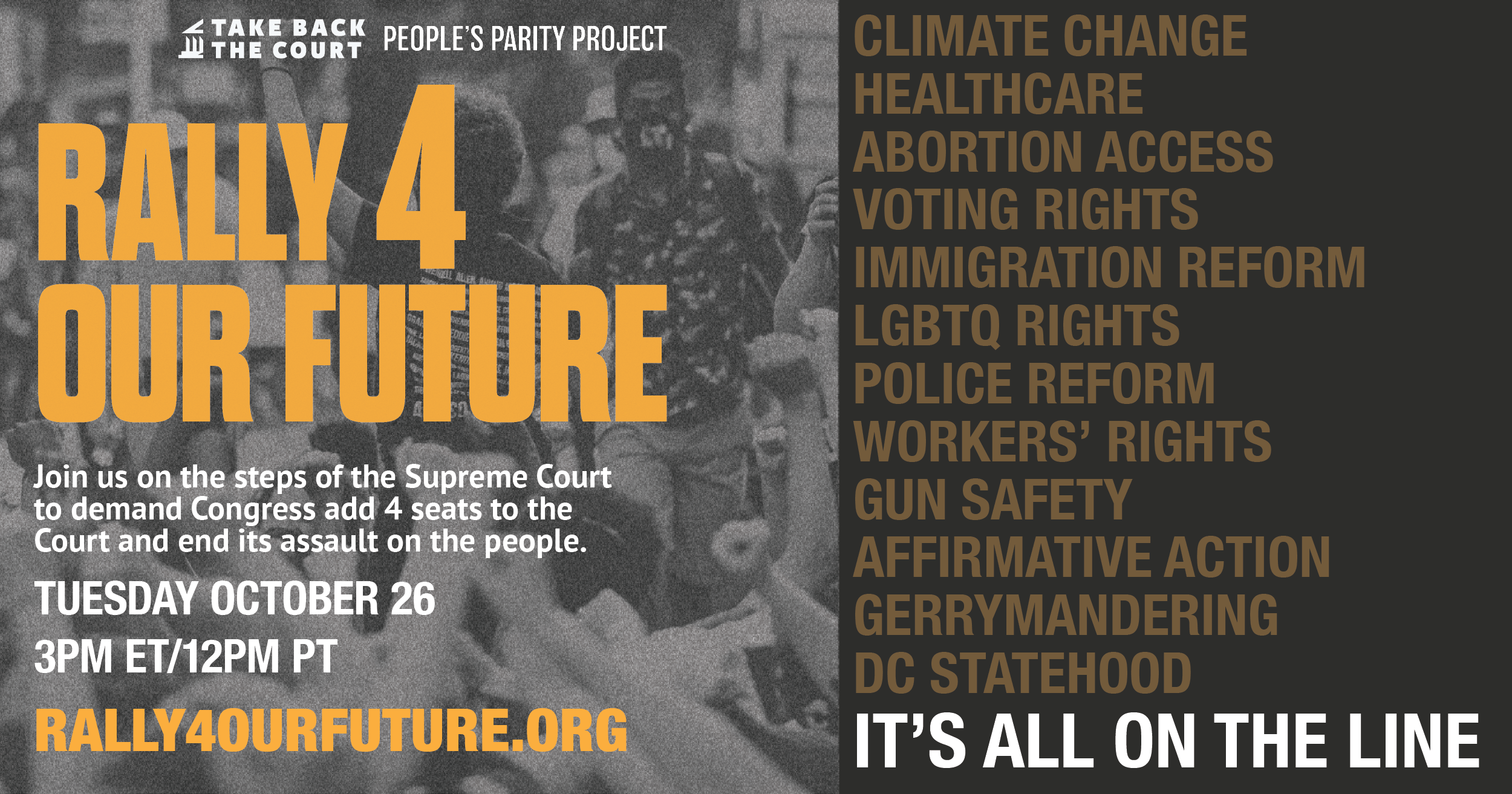 JOIN US ON THE STEPS OF THE SUPREME COURT TO DEMAND CONGRESS ADD 4 SEATS TO THE COURT AND END ITS ASSAULT ON THE PEOPLE.

October 26 marks the one-year anniversary since Republicans stole a second Supreme Court seat to add Amy Coney Barrett to the Court 8 days before a Presidential election.

In the year since, the stolen conservative majority has gutted what was left of the Voting Rights Act, made it easier for wealthy donors to buy elections, making it harder for workers to organize, and most recently, effectively overturned Roe v. Wade in Texas.

Congress can end these attacks on our rights bypassing the Judiciary Act to expand and rebalance the Supreme Court.

RSVP with the organizers here!