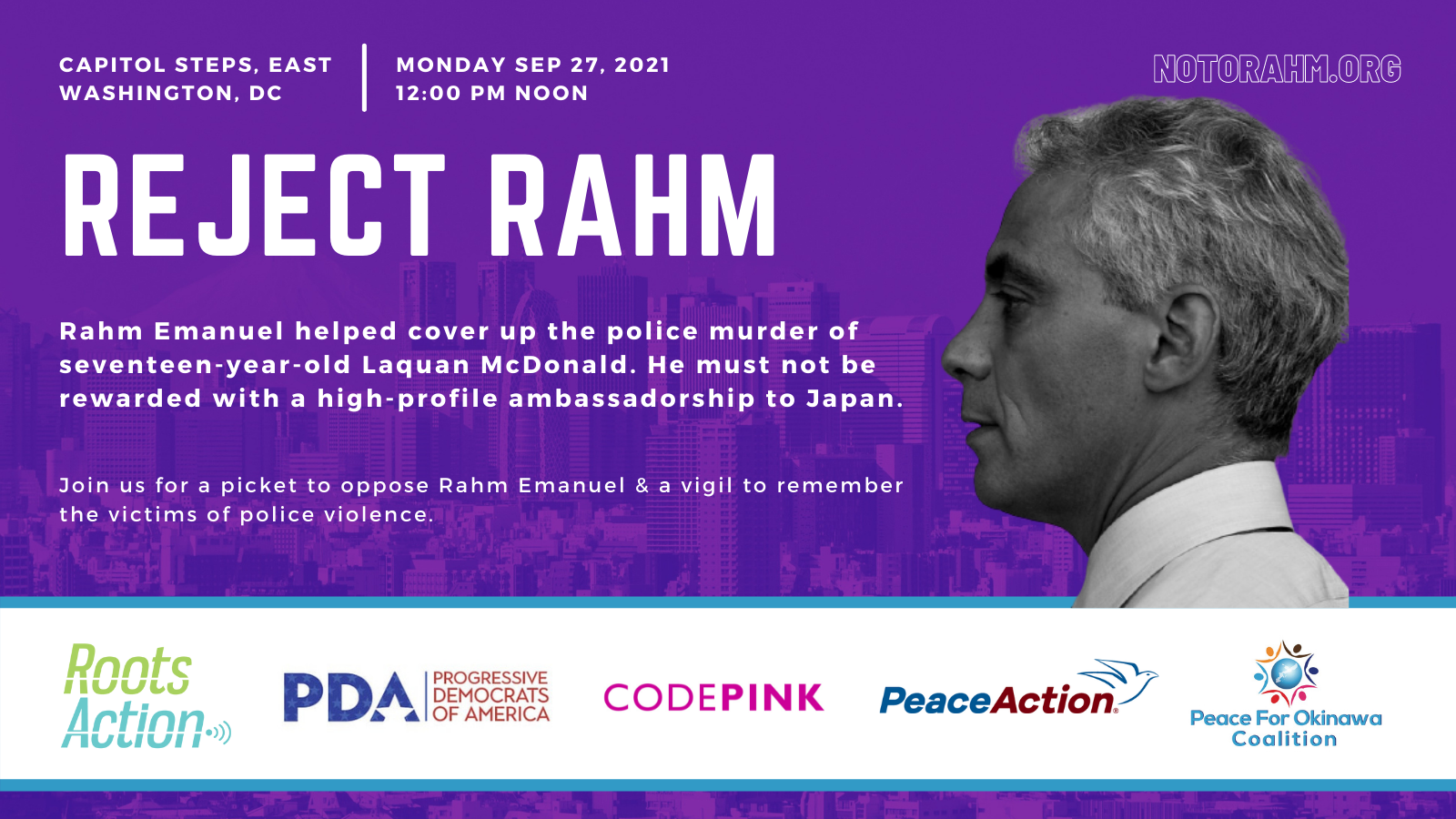 President Biden has announced that he is nominating Rahm Emanuel to be the U.S. ambassador to Japan. But for three decades, Emanuel has been one of the Democratic Party’s most undiplomatic power brokers — arrogant, elitist, abrasive and contemptuous of progressive values. Everything in his record indicates that Emanuel would be the wrong choice to represent the U.S. government overseas. We must do everything we can to stop him.

Our campaign against Rahm Emanuel is centered around two facts.

Activists will picket/chant and then vigil at the Capitol steps with signs and facemasks that boldly say “LAQUAN MCDONALD”. A megaphone or small sound system will allow a short list of speakers to be heard.

Other ways to RSVP: