Plea for Peace: Walk of Shame with CODEPINK NYC 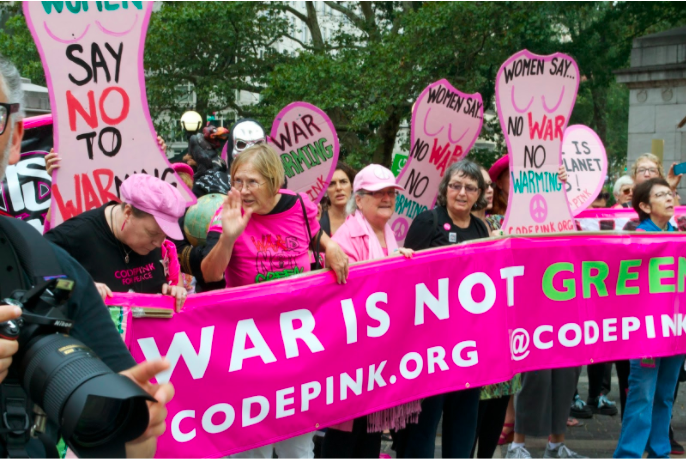 In preparation for COP26 and the opening of the UN General Assembly, CODEPINK NYC is joining alongside several organizations in putting on a series of actions during Climate Week (September 20-26, 2021).

CODEPINK knows that militarism and the climate crisis are deeply intertwined, but leaders continue to ignore the role of war and militarism in discussions about climate change. This is why this year in Glasgow, we are demanding that the COP26 Conference concludes that War Is Not Green!

As part of our contribution to this powerful series of actions, we will be hosting a walk from the BlackRock headquarters to the UN on the International Day of Peace. Along the way, we will stop at corporations in New York City to call out their role in the war machine and environmental destruction across the world and “award” them their very own War Machine Walk of Shame Star. Our event will conclude at the UN, where we will make a plea for peace, for the safety of ourselves and our planet.

Join us on this powerful and educational event that shows us how the war machine is everywhere--including in our very own neighborhoods.