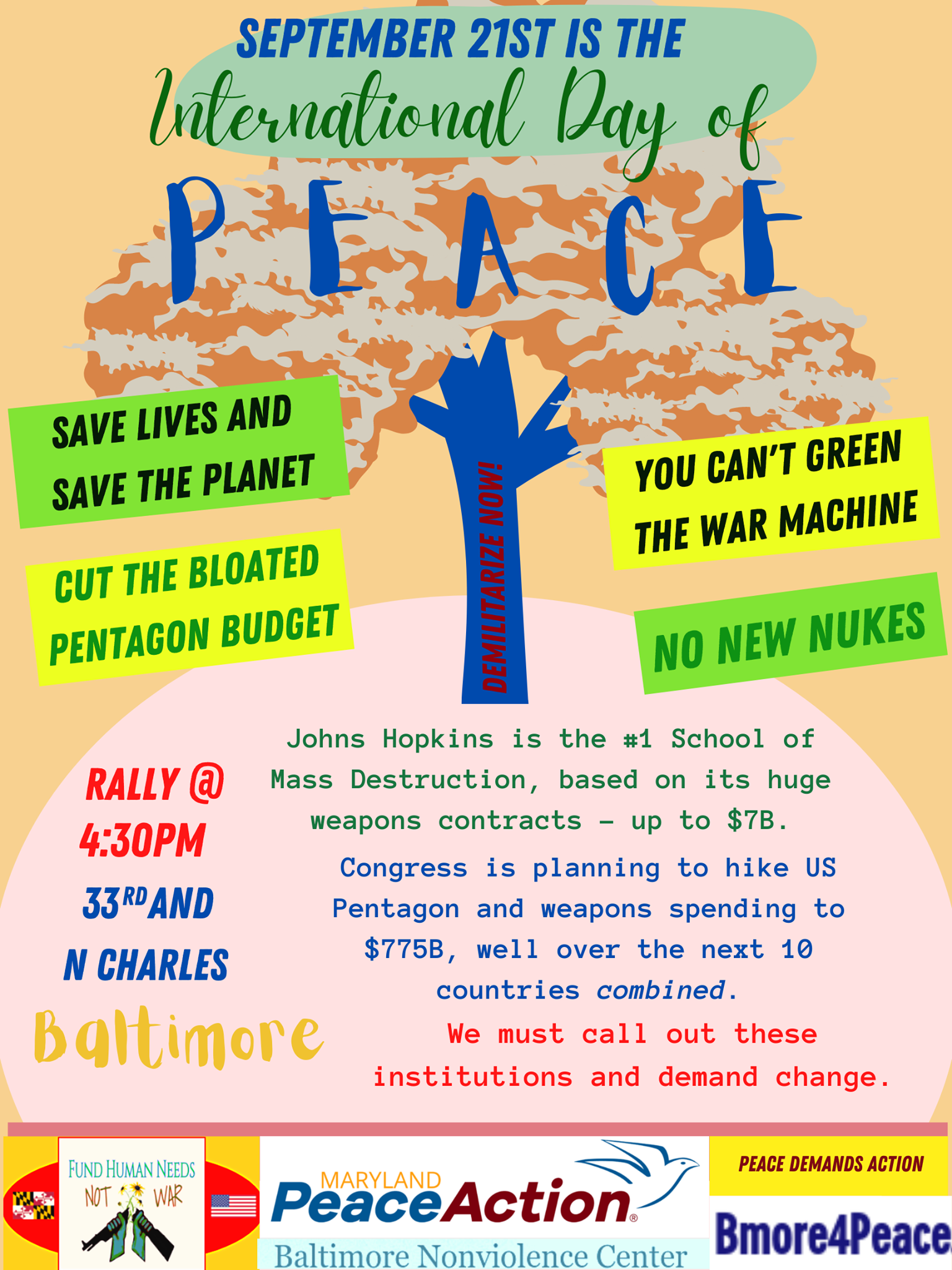 Join us on the International Day of Peace as we speak out against the latest moves in Congress towards further increases (on a scale of 10’s of Billions of $$) on top of the President’s already-hiked-up Pentagon and nuclear weapons budget. We will also be speaking out against one of our local university’s continued acceptance of billions of dollars for secretive weapons development, both nuclear and conventional. We will be anticipating the world’s most urgent climate conference in November, the UN’s COP26 follow up to the Paris Climate Agreement, to urge our leaders to finally consider the huge military footprint in their key emissions calculations, instead of giving that violent arm of empire yet another free pass.

Bring signs and a speech, or provide support for those moved to voice their concern! Make this day of peace a day of action!