Finish the Job: For the People 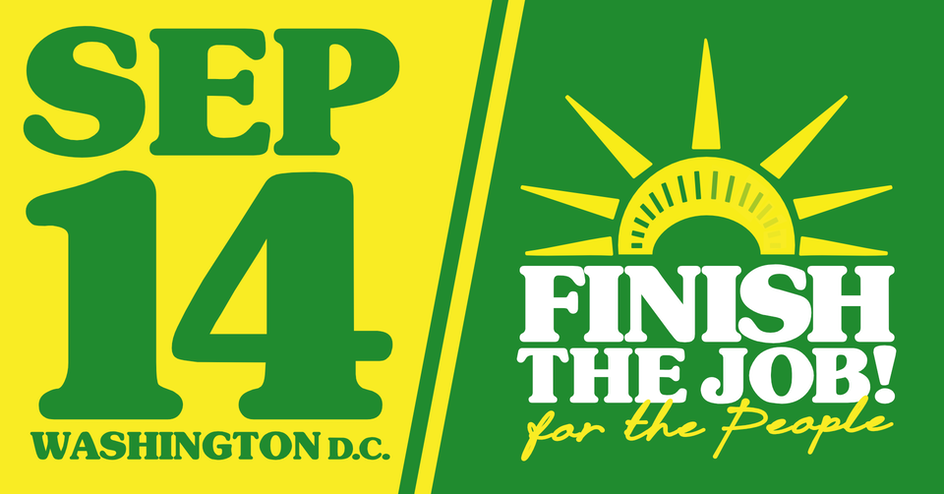 Join us for a “Finish the Job: For the People” Rally near the Senate office buildings on September 14 at 12pm to remind the Senate of their obligation to protect our right to vote.

Across the country, extremist state politicians are passing anti-voter bills making it harder for people to vote, especially for people of color. These same state politicians are now preparing to draw highly-partisan congressional maps that will effectively disenfranchise voters for the next decade. Luckily, there is a solution. The For the People Act (S1) would protect our freedom to vote, get big money out of politics, ensure fair districts, and help create a democracy that works for all of us.

Senate Republicans have refused to even hold debate on this critical legislation but Majority Leader Schumer has promised us that voting rights will be the first legislative priority when the Senate returns from recess on September 13.

The Senate must pass the For the People Act, with or without the filibuster.

RSVP with Finish the Job for the People Here!