Rally Against the RENACER Act 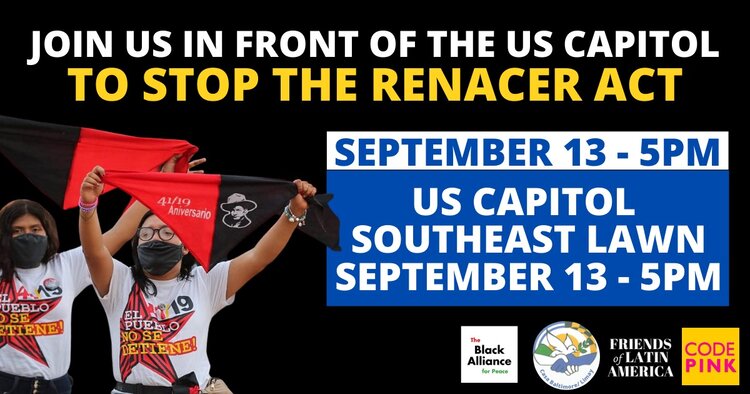 The House will soon vote on the RENACER act, which would impose broad sanctions on Nicaragua that will harm ordinary people. The bill would sanction every member of the FSLN and their families, which is about half the population. The U.S. is using the same script on Nicaragua that it used on Venezuela, where 100,000 people were killed by sanctions. Join us in opposing the RENACER act and U.S. attempts at regime change in Nicaragua.